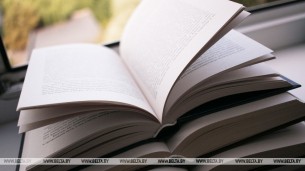 Subscription was the largest expenditure item of household budget expenses on books and newspapers in 2020, reads a statistical review released by the Belarusian Statistics Committee ahead of the Press Day marked in Belarus on 5 May, BelTA has learned.

A total of 925 titles of belles-lettres books were printed (circulation – 890,800 copies), of which 346 were books for children (circulation – 730,900 copies). Prose and poetry prevailed in terms of the genres of children's literature.

Last year, the Belarusian publishing sector issued 782 journals, other periodicals. In terms of content scientific journals topped the list (22.8%), popular magazines (18.7%) and analysis and research (18.7%). A total of 451 titles of newspapers were published.

The Belarusian publishing sector prints books and brochures in English, German, French, Chinese, Spanish, Latin, Italian, Polish and Church Slavonic every year. In 2020, there were books in Korean, Serbian and Turkmen. Russian, Belarusian and English are the most popular languages for books and brochures, magazines and other periodicals, newspapers issued in Belarus.